One of the most prominent orthopedic surgeons worldwide.

He is a professor of Orthopedic surgery in Al-Azhar university in Cairo.

His Cairo International Centre for Limb Lengthening and Reconstruction (CICLLR) is the destination of patients from all over the world, especially USA, UK, Canada, Australia, Germany, Spain and Japan as well as from all middle east and Mediterranean country.

Professor Elbatrawy is practicing in Cairo, Egypt as well as in Cyprus which is a nice island in the Mediterranean and it is European. It is for those patients who like a European standard service.

CICLLR, not just an outpatient clinic but it help in arranges patients’ accommodation and care during their stay in Cairo after lengthening procedure and help patients from day one after arrival to Cairo.

It is a policy of CICLLR to maintain the privacy of patients in general, as individuals of royal families of foreign countries and some nationally and internationally renowned movie stars and famous singers have been treated successfully and confidentially in our center.

Arranging for a surgery is just a click away of your fingers, where necessary pre-/post-operative steps are taken upon directly contacting Dr. Elbatrawy. You should be eligible to do a surgery ! So, you must provide honestly Dr. Elbatrawy with all necessary information about yourself.

Thanks to the great renown achieved by Dr. Elbatrawy in short stature lengthening, LLR and Ilizarov surgeries.

Dr. Elbatrawy has worked with the most famous specialists in limb lengthening for many years: 3 years with Dr. Maurizio Catagni (worldwide leading Ilizarov surgeon and founder of the Association for the Study and Application of the Methods of Ilizarov – ASAMI) in which he has earned ASAMI fellowship; 2 years with Dr. Dror Paley, Dr. John Herzenberg and Dr. Kevin Tetsworth, University of Maryland, Baltimore, MD, USA, in which he studied for his doctoral degree in limb lengthening and reconstruction surgeries and the University of Maryland fellowship in pediatric LLR and bone deformity correction; and 4 months in Ilizarov Institute, Kurgan, Siberia, in 2000 where he earned the advanced diploma of Ilizarov surgeries. 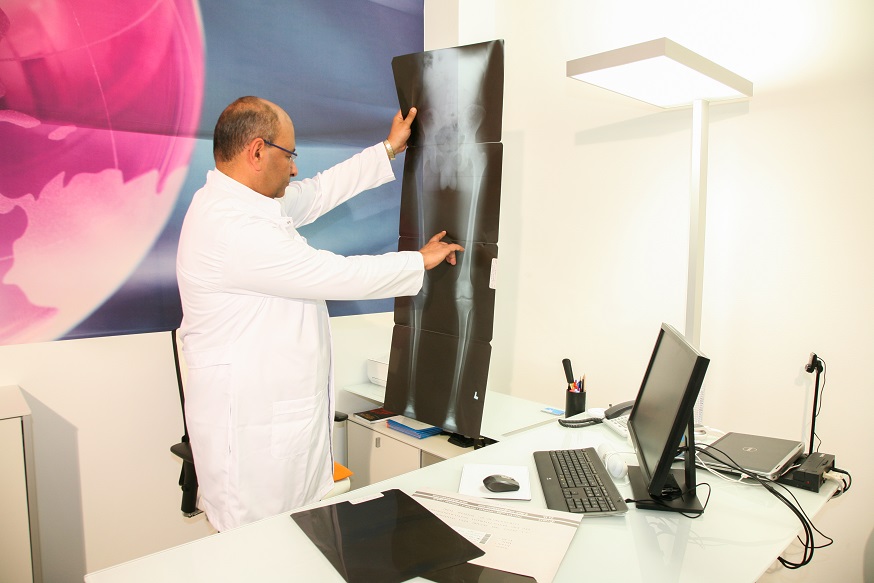 Since Dr. Elbatrawy specialized in limb lengthening and bone deformity correction in 1996, and his presentations of many research papers and studies in specialized international conferences, he has been receiving invitations to participate in instruction in specialized courses in different countries.

He also conducts demonstrational surgeries to train surgeons in such countries on LLR using special computer software for 6 axes bone deformity correction and on applying Taylor Spatial Frame (TSF) to obtain the most precise results.

Dr. Elbatrawy has been chosen as Secretary-General for the second International Congress on External Fixation scheduled for October 2007 in Cairo (www.externalfixation2007.com) with more than 600 specialists from all over the world shared in.

Dr. Elbatrawy has been honored in many international conferences: he earned a prize for the best research work on LLR from organizations such as SICOT (Paris, France, 2001) and European Conference on Trauma Surgery (Eurotrauma) (Gratz, Austria, 2007).

Dr. Elbatrawy was the youngest physician (29 years) to earn the State Encouraging Prize in 1997 for the sum of his research work published in the scientific international journals. At that time, He was an assistant lecturer of orthopedics, Faculty of Medicine for Girls, University of Al-Azhar.

Dr. Elbatrawy has many scientific international publications in the field of limb lengthening. Some of these publications are basic science studies. It is easy to find them on pubmed web site: www.pubmed.com

Many international newspapers wrote on successful surgeries performed by Dr. Elbatrawy in the respective countries.

Furthermore, international TV and radio corporations such as BBC 4 (UK) and Fox News (USA) have come to Egypt to take footage of short stature lengthening operations and to conduct interviews with Dr.

Elbatrawy and some of his patients from such countries, so as to have them aired in their channels. Additionally, national and Arab TV corporations have interviewed him. This is available on youtube channel of Dr. Elbatrawy.

In 2013, Dr. Elbatrawy started to use Precice 2 nail for intra medullary lengthening for his international patients in Cyprus which is 45 minutes flight from Cairo, It is a nice European island in the Mediterranean sea where the patients can find the European standards of the treatment.
Many successful stories for patients using this new technology comfort technique. Precice nail is the only approved nail for lengthening by FDA. No other device is approved till the moment. Dr. Elbatrawy prefer to use only FDA approved devices in his work.

In 2019, Professor Elbatrawy started to use the new Precice Stryde nail as it allows full weight bearing after the operation. So the patient can even be allowed to return to his job earlier and no one knows easily that he is doing a lengthening procedure.

Are You Looking For An Appointment?